This month I once again made the journey from Newcastle to the NT to do eye testing in remote Aboriginal communities. This is the third year I’ve done one of these amazing trips, and every time I go there’s so much to learn, but at the same time I realise there’

s so much more work to be done.

Each trip goes to a different destination and this year for me it was an area called Utopia, about 3 to 4 hours drive north east of Alice Springs. Utopia has been called the “poorest place in Australia”. The first hour of the drive is on bitumen and the rest dirt, following the Sandover Highway. The Sandover is effectively a service road for the many Aboriginal communities in this huge area, and we didn’t see a single tourist car or camper all week in spite of the many hours spent on the road.

The larger communities in the outback NT have perhaps several hundred residents and do have their own health clinics, usually staffed by Remote Area Health Corp (RAHC) nurses and sometimes a GP. On most trips we set up and operate out of a spare room in a clinic for a day or two before moving on to the next location. On this trip though, we trialled a new system of travelling out to the smaller “outstations” in the Utopia region, where perhaps only a few dozen people live. This turned out to be a successful idea, because we saw people who might not have come in to see us at the main health clinic.

Being portable, the eye testing setup uses mostly traditional equipment rather than the modern high tech instruments available to us in the city – but we can still do the necessary tests and measure what glasses (if any) people need, as well as check the health of the eyes.

English is a second language and is not widely spoken for most locals in the remote communities of the NT, so public health campaigns that might work in cities & towns can be lost on some of the residents of Utopia and places like it. Because of this and also the remoteness, poverty, and often low quality ‘Western’ foods brought in from outside the area, there are many people with reduced vision due to diabetes, cataracts, or simply just the lack of a pair of glasses.

The program I work under (Brien Holden Vision Institute) provides basic magnifying glasses at very low cost, and people who need surgery or other medical eye treatment can be referred to an eye surgeon either in Alice Springs, or locally at the next six-monthly ophthalmology visit to the community.

So even though the travel hours are long and the conditions can be difficult, the program really does make a difference to people who for various reasons would ‘fall through the cracks’ and miss out on eye care without this visiting program. One of the many things that’s been reinforced to me from working in the NT communities is that clear vision is much more than just a convenience – it’s absolutely crucial for participating in family life and performing your role in society. This is just as true whether you live in a remote NT community or a big city.

Schedule your appointment at Custom Eyecare 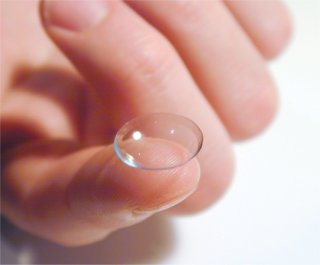